Manufactured by Charles Burrell & Sons “Peter Pan” was a 4NHP engine no. 3433. A Showman’s road locomotive is a steam powered road-going ‘locomotive’ designed to provide power and transport for a travelling fair or circus. Similar to other road-going traction engines, Showman’s engines were normally distinguished by the addition of a full-length canopy, a dynamo mounted in front of the chimney, and brightly coloured paintwork with ornate decorations. The dynamo was used to generate electricity to illuminate and power various  fairground rides. 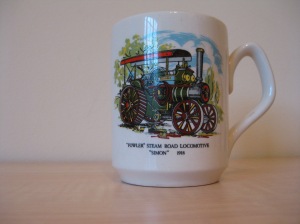 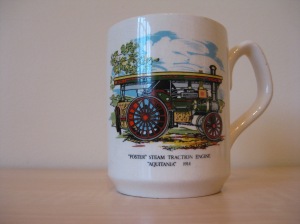 “Acquitania” was a Showman’s engine, manufactured by William Foster of Lincoln in 1914.

The “Wantage” was manufactured by Wantage Engineering Co. Ltd., and was an 8 hp single cylinder traction engine. 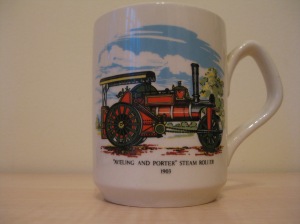 Aveling and Porter was a British agricultural engine and steam roller manufacturer. Thomas Aveling and Richard Thomas Porter entered into partnership in 1862, developed a steamengine three years later in 1865. The company became the largest manufacturer of steam rollers in the world. 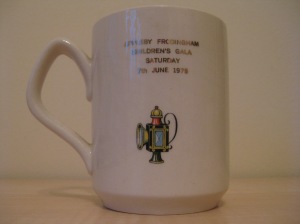